Winter’s coming! So here’s a poem to keep you warm, from our summer workshop with spoken word poet Laura Brown-Lavoie:

An Ice Cutter Remembers About Winter

It always happens in September,
one morning when the pond is still liquid,
the reeds around its edge still green
and green the leaves on the trees still, or mostly green.
A heron dips her beak into the liquid pond,
pulls from it a fish and flies off
and the splash from her feet on the water is a live summer sound
and the ripples from her reach the shore
where an ice cutter stands,
having just remembered about winter.

Maybe it is the sound of the heron on the water
or a certain sweetness on the breeze,
or maybe the breeze itself, tugging a little on his arm hairs,
but he suddenly remembers, Winter!
Every year it takes him by surprise,
though he has fifty times survived the Rhode Island cold,
though he has for the last thirty of them been an ice cutter–
he and his brother with their long ice saw, drill, and tongs
loaded into a sled which they drag out over the solid pond each January
to harvest blocks of ice for the grocery store.
Every year he cuts at the hard face of the pond,
dead reeds frozen in it like whiskers, dead leaves freckles,
his own face leathered by wind,
leather his heavy winter coat, and under that layers and layers of wool,
other animals’ borrowed warmth,
until his body is the hard center of a soft shape.
Yes, every year he clenches howling fingers around the handle of the saw
and saws and saws at the ice
til his body is warmed from within by the vigor of the work
and he can stand out on the face of the pond in just his undershirt tucked into his pants,
and only when he gets back home,
having packed the ice house with iceblocks in sawdust to last all year,
only then does he put his sweaters back on, and has whiskey in his tea
and does not consider having a beer, though that is the ghost which haunts his labor.

This is all to say the ice cutter has known winter on this pond.
But somehow every year, he forgets.
Summer comes and with it a sweet amnesia.
Summertime, there he is by the liquid pond in only his shorts
sunlight picking at the few silver hairs on his chest
a cold beer from the ice box sweating in his hand.
This year, once again, summer came,
he lay at night splayed out on his bed like DaVinci’s man
and forgot the weight of blankets.
Forgot the way a cold breeze can crawl through your buttonholes
and nip your bare chest and pull at its silver hairs,
he forgot hot chocolate,
he forgot the pleasure of socks.
Yes, he forgot, til this morning, the equinox,
standing at that moment where the pendulum reverses its swing.

Here at the edge of the still liquid pond
the breeze has a certain sweetness in it
as it weaves through the still green reeds.
The ice cutter stands, still as a heron,
he thinks of his saw and his sled,
of lying in his bed like DaVinci’s man.
He knows both summer and winter,
and for a moment he holds them both
like twin babies asleep in his hands. 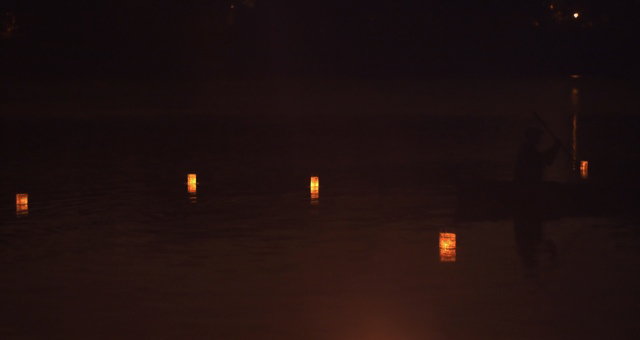 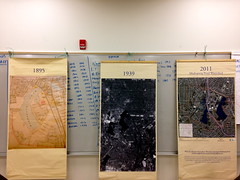